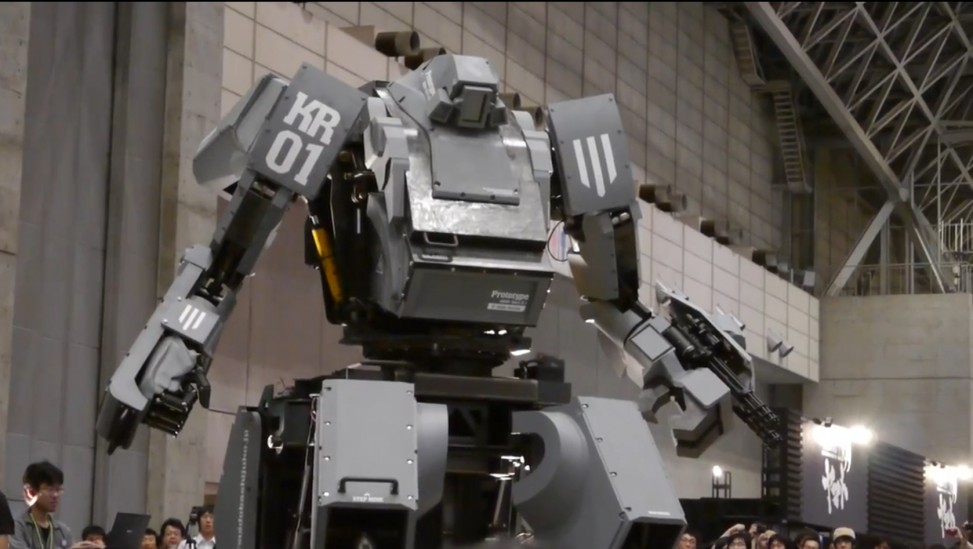 Kuratas is a rideable and user-operated robot built by the Japanese company Suidobashi Heavy Industry.

The Kuratas robot was developed by artist Kogoro Kurata (after whom the suit is named), and roboticist Wataru Yoshizaki.

Kurata stated that he was inspired by the mecha frequently featured in anime, especially those of the series Armored Trooper Votoms which he watched as a child.

More info on the Kuratas can be found here: